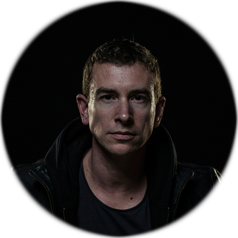 We dedicate the re-launch of this site to Ed Montano who took the last bus to paradise on February 4, 2018, leaving behind his wife Jo and sons James and Marcus. Ed’s dedication to Dancecult behind the scenes in various roles over almost a decade is legendary, not only for his professional attitude but because he expressed a noble service to the research community, as reflected in his capacity as Reviews Editor over seven years, but also as Operations Director, and before that Production Editor. In this and in other capacities (e.g. IASPM journal, his research on commercial club culture and the electronic dance music industry in Australia), Ed’s commitments were pivotal to the formation of EDMC studies and the emergent Dancecult Research Network. Still young, he had so much more to offer. The community really faces a tragic loss. There had been discussions over some years about a Dancecult conference at RMIT University, where he was Senior Lecturer in Music Industry, an idea that had to be shelved due to his battle with cancer. With news of what we thought was a recovery, he was still talking about the possibility of a conference at RMIT in the months before he passed away. So long Ed, we’ll be seeing you in the great conference afterparty at the end of time!

Scroll to top
We use cookies to ensure that we give you the best experience on our website. If you continue to use this site we will assume that you are happy with it.Ok